The Honor of Being Pipe Carrier

You are here:
New ReleasesPrint 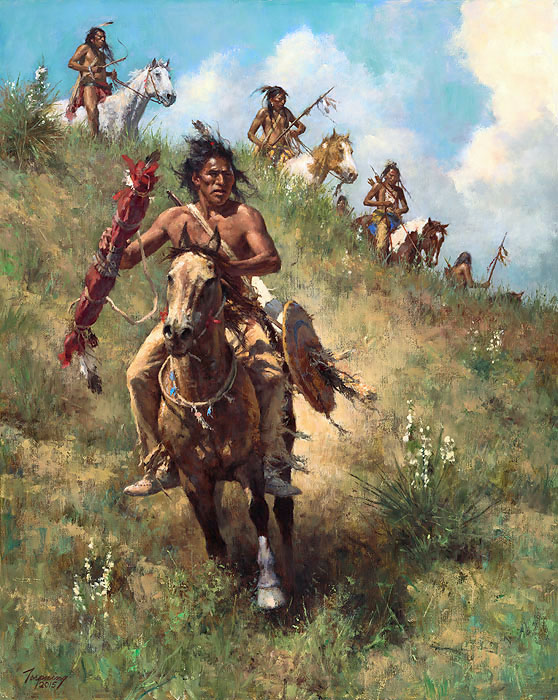 The Honor of Being Pipe Carrier

The Honor of Being Pipe Carrier is a fine art canvas reproduction by Howard Terpning.

To carry a pipe among members of a war party was considered a great honor. These pipes were called black-covered war pipes or black-covered medicine pipes, and were carried by members of all Northern Plains tribes. The pipe itself was encased in a cover made from trade cloth or a trade blanket, and sometimes had an eagle feather attached at each end. This warrior has removed the pipe case from his shoulder and is telling his enemies that he is a formidable foe.

There is a limit availability on this canvas.  Order today.

This site uses Akismet to reduce spam. Learn how your comment data is processed.